Open RAN Series: Sowing the seeds of innovation (Part 2 of 3) 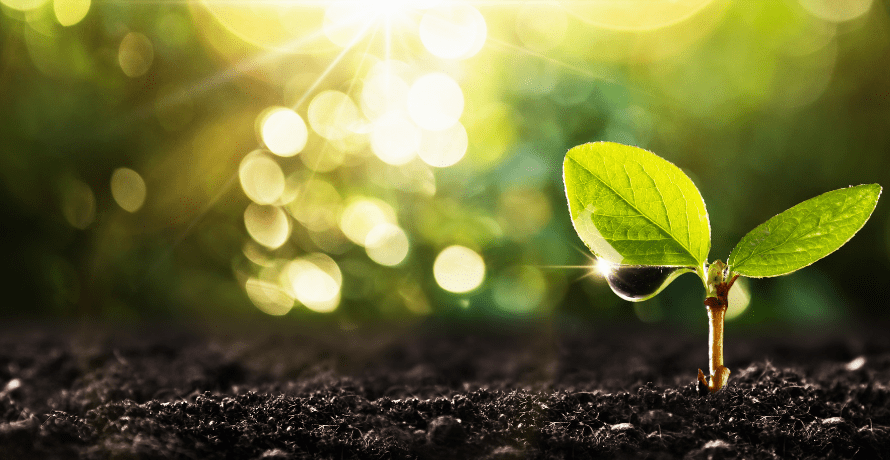 Open RAN Series: Sowing the seeds of innovation (Part 2 of 3)

In Part 1 of our series “What is Open RAN?” we outlined how Open RAN is a disruptive technology/framework which is moving the telco infrastructure from a static, vertically integrated, propriety ecosystem to one that is dynamic and horizontally integrated which is removing vendor lock-in and broadening the supply chain. With this disruption come many opportunities but perhaps the key one is the opportunity for innovation. In this blog we focus on the innovative work currently being done across the myriad of Standards Developing Organisations (SDO) in the Eco system, and how this work is putting in place the ‘building blocks’ to ensure innovation is at the core of the Open RAN journey.

Unlike the Radio Access Technologies of GSM, UMTS, LTE and New Radio, where 3GPP is the principle standardization body, there are many SDO’s currently with Open RAN who are each driving the innovations we are seeing with the dis-aggregation of the RAN.

The Open RAN reference architecture described by the O-RAN Alliance clearly outlines the dis-aggregation of the RAN into distinct Network Elements (NE), and their associated interfaces, which is at the core of the work being done by the SDO’s. 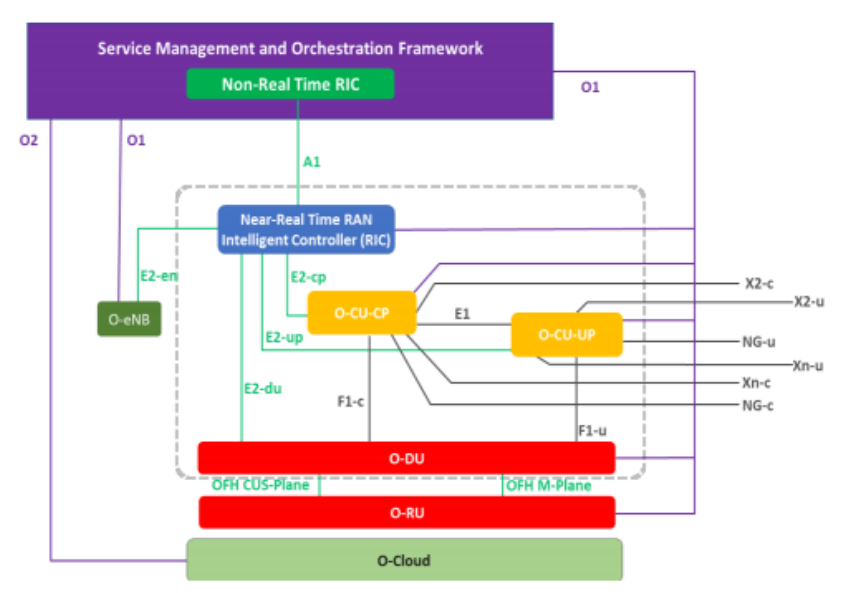 By dis-aggregating the functionality of the traditional RAN into smaller components spread across a number of NE’s, it drives diversification of the eco system as new and smaller vendors now have possibility to provide innovative solutions focused on a particular NE (e.g. O-CU layer 3 stack, near-RT RIC Radio Resource Management (RRM) applications). To this point the complexity and cost associated with developing a traditional RAN has acted as a barrier for these vendors, resulting in an ever-decreasing number of incumbents from whom MNOs can choose.

The decompensation of RAN described above in of itself will not be enough if the individual NE’s cannot be fully interoperable. To ensure this is possible, the Open RAN community is defining truly open interfaces (i.e. open Fronthaul, F1/W1, E2, A1, O1, O2) which are key in avoiding the ‘closed’ propriety interfaces of today such as the CPRI fronthaul and X2 for inter eNB communication. Having these open interfaces are key to ensure that continued innovation is possible within an Open RAN deployment for (as yet unknown) Use Cases of the future.

An important innovation which is being brought to bear within the Open RAN architecture/framework is Network Function Virtualisation (NFV), which removes the need for proprietary hardware. Instead, the NE’s are packaged as Virtual Network Functions (VNF) or Cloud native Network Functions (CNF) on COTS commodity hardware, which allows MNO’s to run their network on standard servers with obvious CAPEX savings. NFV also improves scalability and agility by allowing MNOs to deliver new network services and applications on demand, without the need for deployment of additional hardware resources.

Given that an Open RAN deployment will most likely be a system composed of Network Elements and functionality from many different vendors, the complexity of a typical network will increase significantly. As a result, the main goal regarding Operation and Maintenance (O&M) for the next generation mobile networks will be to hide this complexity from the operator.  The key to this will be embedding intelligence within the NE’s such that the network will be Zero Touch/Self- Healing. The work being done in O-RAN Alliance and ONF on the RAN Intelligent Controllers, and in Linux Foundation (for ONAP) and ETSI (for OSM) for Service and Management Orchestration (SMO) is driving the innovations around AI/ML within Open RAN.

While having a significant number of Open RAN SDO’s has the potential for some fragmentation, what we are seeing is that there is more and more collaboration and cooperation between them to promote Open RAN and drive innovation. The O-RAN Alliance is collaborating with the Linux Foundation, the Telecom Infra Project (TIP) and Open Networking Foundation (ONF) on development of the RAN Intelligent Controllers (RIC’s) platform. Another example is the recent joint Plugfests hosted by the O-RAN Alliance and the Telecom Infra Project (TIP) which focused on multi-vendor interoperability tests of 12 different O-RU/O-DU/O-CU combinations on behalf of the host operators Deutsche Telekom and Telecom Italia Mobile.

At the core of the Open RAN architecture are the principles of intelligence and openness, which is leading to the broadening of the vendor pool with new (often smaller) telco companies joining the large incumbents to drive innovative solutions to ensure the continued and accelerated momentum of Open RAN.

Don’t miss out on part three of our Open RAN blog series by subscribing.