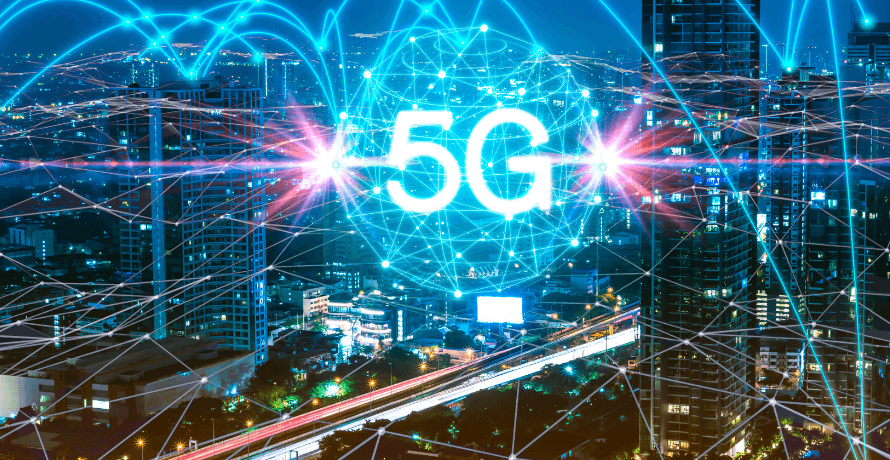 Experience with 5G: User vs Operator

I remember the 5th of October 2005 like it was yesterday. It was the fifth anniversary of the democratic changes in Serbia, and I was a highly excited young engineer/consultant on a plane leaving Belgrade and heading for Toronto where I was to design and optimize Ericsson’s second largest HSPA network in the world, deployed for Rogers Wireless.

At that time 3G was struggling, the whole industry was hoping that HSPA performance combined with the arrival of smartphones would regain momentum for 3G. In sharing my excitement about the project with my father in law, he responded, saying that he understands my passion and feelings regarding doing something important, but he also added that if I share that memory with my future grandchildren, they are probably going to say that they are 10G users, and that’s all ancient history.

Many years have passed since that time, and I am uncertain that 10G is going to be ready to serve my grandchildren at this pace of technological development. But nowadays everything is about the number five again, only this time, the reason being 5G, which is just around the corner.

Current business momentum is quite challenging for mobile operators. We have been witnessing a data tsunami for the last few years and data traffic in mobile networks continues to grow exponentially. Sources of growth can be divided into three areas:

This trend is going to continue, and that the average monthly subscriber data plan is estimated to be 50GB in USA and 20GB in Europe in just a few years. A large part of data consumption is due to video, contributing to major traffic increases. It is possible that the current pace of data growth is not going to be consistent and may slow, as the typical video resolution used now is already high for most smart devices. Still, mobile operators are challenged by data growth from one side and declining ARPU on other, forcing them to seek cheaper bit per second solutions, otherwise they may not survive.

Before tackling the challenges and opportunities that new technology brings, let’s look into the past and evaluate lessons learnt from 4G deployment. In a nutshell, LTE promised IP always on, latency reduction and shortened connection setup time. All targets were generally accomplished, and the user experience was significantly improved as majority of applications are built on TCP/IP, a protocol with extreme sensitivity to latency.

Additionally, LTE promised better throughputs, spectrum flexibility and improved spectral efficiency. Higher peak rates were mainly achieved through bandwidth expansions. This is a good time to remember our university days and pay tribute to professor Shannon and his formula on channel capacity, which celebrates 70th anniversary this year and, is amazingly, still relevant. Analysing the impact of 4G on the industry we can conclude the main benefit that LTE brought to mobile networks was spectrum flexibility! Improvements in spectral efficiency were not that significant in comparison to 3G, except for those introduced by MIMO 2×2. LTE was ultimately advertized and sold as technology that improves OPEX, decreases upgrade costs and simplifies architecture. While upgrade costs were significantly reduced and architecture was simplified mainly with the disappearance of RNC, some improvements in OPEX (though not dramatic) were seen. One of the main reasons is that Self Organized Networks succeeded only to limited extent.

And now we have 5G with similar promises and expectations. Flexibility is further improved in 5G; we have new frequency bands available, dynamic spectrum sharing options and additional architecture flexibility with network slicing, aiming to efficiently adjust different use cases and different requirements. Latency will be further improved mainly through frame shortening on radio interface, while peak throughputs will grow with more bandwidth. But operators’ main concern remains, and that is the need for cheaper bit per second.

What does 5G have to offer here? Capacity per radio site location will grow with more bandwidth deployed. It’s also promising major spectrum efficiency improvement with MIMO operating with even more antennas on transmission, reception and supporting multi-user MIMO. All this looks good in simulations and in PowerPoint presentations, but time will show what is going to be achieved in real deployment.

It is worth mentioning that massive MIMO is already being tested in advanced LTE networks, and first results from the field are not meeting the high expectations set. On its own, 4×4 is not doubling 2×2 capacity, and multi-user MIMO works well in situations with many simultaneous heavy full buffer users, geographically distributed in a way where beams are not interfering each other. But how many cells in networks can satisfy all the prerequisites today? Even big events like football’s World Cup were struggling to see major benefits from multi-user MIMO deployment on LTE. Deployment on higher frequencies means more challenges to obtain coverage, and development of new radio sites is probably going to be needed, which is very costly. And finally, major increase in supported throughputs on 5G radio interface will drive a need for a major increase in supported throughputs in the transport network, where intensive 5G fibre-optic backhaul will be necessary, which again is very costly.

Seeking to further optimize, mobile operators are pushing for OpenRAN, where one of the main objectives, besides accelerated innovation and optimized network functionalities, is reducing CAPEX. However, with OpenRAN success we can expect new vendors on the market, which will lead to further increase of multi-vendor network complexity.

Aspire is immersed in the evolution towards 5G, assessing and recommending strategies to operators, ensuring the adequate technology options are trialled and results fed into deployment strategy plans. We’re also a strong contributor in OpenRAN as proven by the launch of the OpenRAN Lab and the introduction of our ‘One-Test’ capability, which is centralized interoperability and performance benchmark testing, that shortens time to market.

Given the points made it becomes clear that these technologies will disrupt operating networks which are centered around users and services. In time networks will need to become less onerous and less dependent on people and traditional support models. So, network support methodologies will need to evolve and keep up with the shift in industry.

There is excitement building at Aspire these days, as we have a unique set of skills that allows us to tackle the operator’s pain points and ensure 5G success. Leveraging our vast experience in various network lifecycle phases, product development, multi-vendor network engineering, AI/ML and automation combined with a pioneering spirit, Aspire is now launching disruptive next-generation network support solutions. These are built around the idea of gathering tickets that do not require software corrections and fixes for hardware faults, and to tackle them with a new approach for Proactive Operation & Maintenance (POM). Aspire’s AI Assisted Network Support successfully reduces number and severity of incidents, faults and outages through the implementation of proactive monitoring, automated health check procedures, and artificial Intelligence. Through this, one can detect complex patterns and dependencies enabling early fault detection followed by quick automated actions. From our experience 80% of today’s MNO’s tickets ending as CSRs raised to vendor could be handled by this type of support.

At Aspire we believe that our innovation in network support is going to improve both user experience, by delivering better SLAs with shortened time for problem resolution, as well as operator experience, with new synergies and improvement of people, processes and tool efficiency, which is finally going to lead to OPEX reduction and lower the fundamental cost of network bits per second.

Any cookies that may not be particularly necessary for the website to function and is used specifically to collect user personal data via analytics, ads, other embedded contents are termed as non-necessary cookies. It is mandatory to procure user consent prior to running these cookies on your website.

Analytical cookies are used to understand how visitors interact with the website. These cookies help provide information on metrics the number of visitors, bounce rate, traffic source, etc.

Advertisement cookies are used to provide visitors with relevant ads and marketing campaigns. These cookies track visitors across websites and collect information to provide customized ads.

Performance cookies are used to understand and analyze the key performance indexes of the website which helps in delivering a better user experience for the visitors.